The block wall in this basement had begun to bow outward, risking a wall collapse. The cracks produced were mostly horizontal due to the bowing, but still needed to be supported. We installed CarbonArmor strips to the wall, giving it the needed strength to resist and fight against the pressure put on the back side. 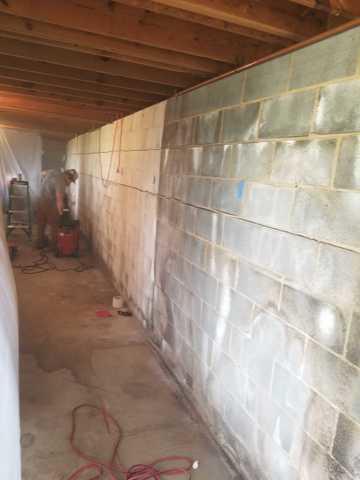 The state of this wall was getting serious. The mortar joints were completely busted along the middle and the block had begun to turn over. 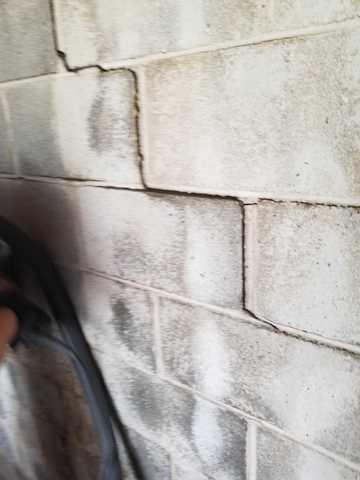 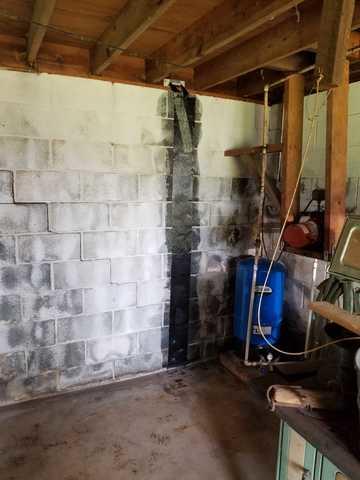 To start supporting the wall from potential collapse we installed strips along the entire wall. 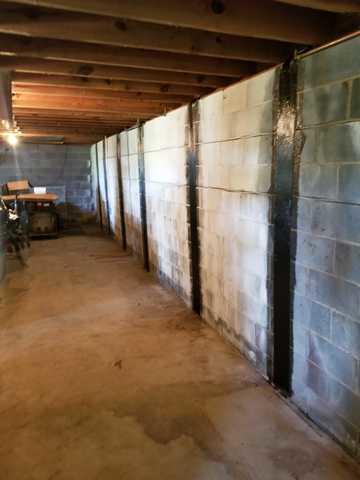 With the pressure coming inward against the back of the wall these strips will help the block resist the stress and hold in place.

Back to Previous Page 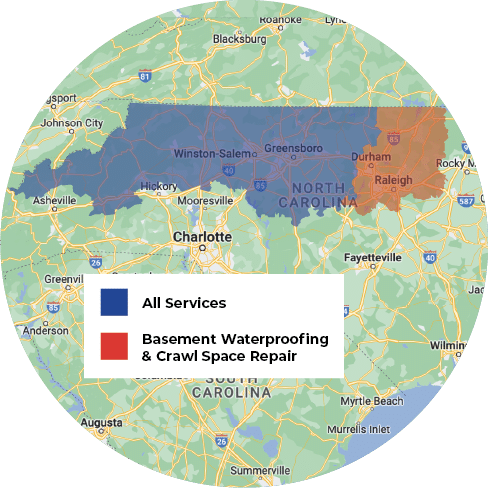